1942 Mobile
1942 Mobile is an old-school top-down arcade shooter from Capcom, and while the game has been updated to support play on Android devices, the pixel-based graphics remain the same. You'll get to fly through the skies while shooting down anything that crosses your path, and the controls are solid, though there is no HID support, which means everyone is limited to the touchscreen controls. There are two modes to choose from, so no matter your skill level, you'll be able to enjoy this release.

Terraria
The very world is at your fingertips as you fight for survival, fortune, and glory. Delve deep into cavernous expanses, seek out ever-greater foes to test your mettle in combat, or construct your own city - In the World of Terraria, the choice is yours. And with best terraria mods, it gets more extensive.

NetHack
NetHack is an open-source game that is probably one of the few titles out there that has been in development since its original (1987) release. It started out as an ASCII graphical roguelike, and has since had its design updated with a range of new tilesets that look a lot more appealing. This particular release on Android has 6 tilesets included with the download, plus it supports a bunch of USB control options for those of you who aren't satisfied with the default touchscreen inputs.

Ghosts'n Goblins Mobile
Capcom has released quite a few classic games in the last few years on the Play Store. Ghost 'n Goblins Mobile is probably one of the more recognizable titles out of the bunch. It most definitely is an improvement over the earlier Mega Man ports, so you shouldn't have to worry about any framerate issues. Just keep in mind that this is a very difficult game and the touch controls may not be accurate enough for some players. Oh, and if you enjoyed this one, you will also want to check out its sequel Ghouls'n Ghosts MOBILE. 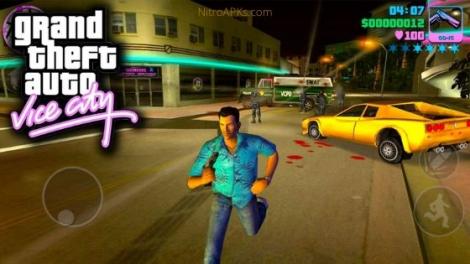 There is countable list of games which is played all over the world with love and passion. Grand The… 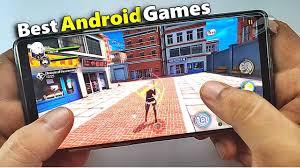